Milan, the capital of Lombardy, has a population of 1.5 million people. It is the biggest industrial city of Italy with many different industrial sectors. It is a magnetic point for designers, artists, photographers and models. Milan has an ancient city centre with high and interesting buildings and palazzos, which is why so many people from all over the world want to see the city of glamour.

Milan’s origin goes back to 400 B.C., when Gauls settled and defeated the Etruscans.
In 222 B.C. the city was conquered by Romans and was annexed to the Roman Empire. After 313 A.D., the year of the Edict of Tolerance towards Christianity, many churches were built and the first bishop was appointed: Ambrogio was such an influential person that the church became the Ambrosian Church (7 December is a holiday to honour Sant’Ambrogio). In 1300 the Visconti family which are noblemen from Bergamo, Cremona, Piacenza, Brescia and Parma ruled and brought a period of glory and wealth to the city. The Duomo was built in 1386 and became the symbol of Milan.

The Sforza family assumed the Castle and the power of the Visconti family and finally Milan achieved peace after many years of war against Venice and Florence. Under the Sforza duchy the city began the development of sciences, art and literature. Ludovico il Moro (Ludovico Sforza) called Leonardo da Vinci and “il Bramante”to his court. For further information see history.

It is overall made of marble, with immense statues, arches, pillars, pinnacles. From the roof you can experience a beautiful panorama of the city. Santa Maria delle Grazie was built between 1466 and 1490 and modified by Bramante. In the Refectory there is one of the most famous paintings of Leonardo da Vinci: the “Last Supper”. Milan has many historic palazzos like the Palazzo Reale (Royal Palace) which is situated in the south side of Piazza Duomo. The Sforza Castle is one of the symbols of Milan together with the Madonnina and the Galleria Vittorio Emanuele II. All those sights together are just few reasons for a visit. See art and culture section.Milan has always been a rich and important city. It has always been a place full of various famous artists and offers a particular assortment of churches, buildings and monuments. There was a change of culture and art in the Renaissance with big a contribution in the period of the neoclassicism. Milan offers a big variety of buildings, monuments and museums. The most important church is the Cathedral which is the third largest church in the world.

You are looking for something special for this evening? Have a look on this page about “what’s happening in Milan”: 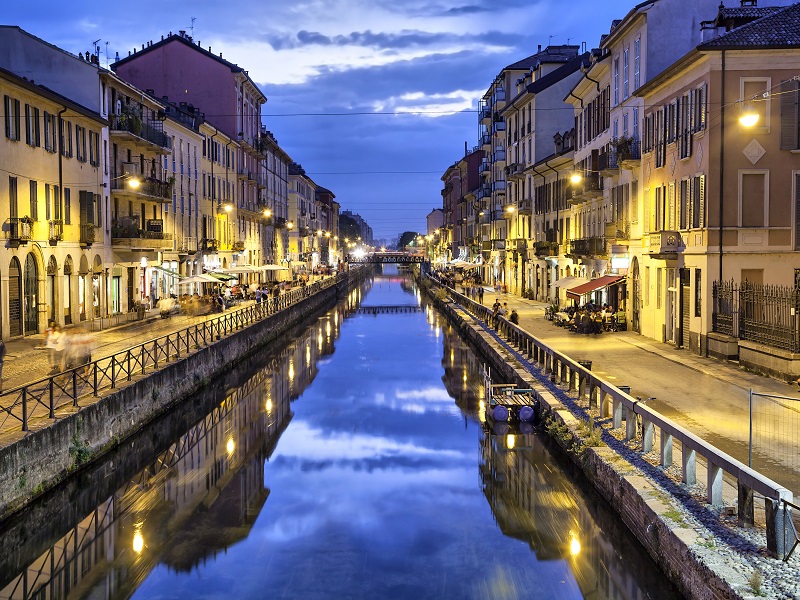